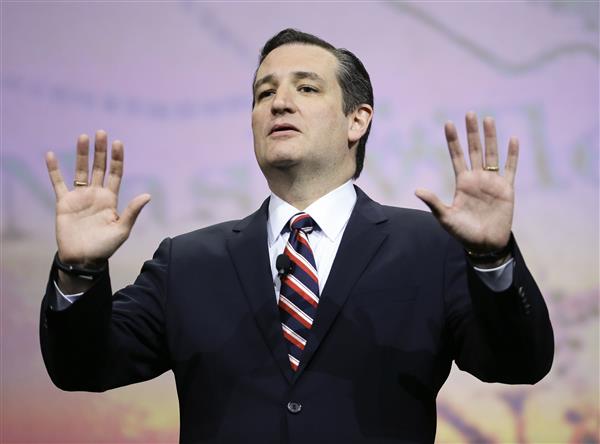 Cruz becomes first major candidate to jump into 2016 race
WASHINGTON (AP) — Texas Republican Sen. Ted Cruz has become the first major candidate for president, kicking off what’s expected to be a rush over the next few weeks of more than a dozen White House hopefuls into the 2016 campaign.

“I am running for president and I hope to earn your support,” the tea party favorite said in a Twitter message posted just after midnight on Monday.