WASHINGTON - A Hyattsville man has turned himself into police for a fatal hit-and-run along the Baltimore-Washington Parkway in February.
The U.S. Park Police say that 73-year-old Earl Teeter turned himself in to the U.S. Marshals in Greenbelt, Maryland. He is accused of hitting and killing Rick Warrick, 38, as he changed a tire alongside the parkway. The crash also injured his 28-year-old fiance.
Teeter made his initial appearance in federal court and was released under supervision. He was ordered not to operate a vehicle.
He has been appointed a public defender and a trial is set for June 8.
Stay with WTOP for updates on this developing story. 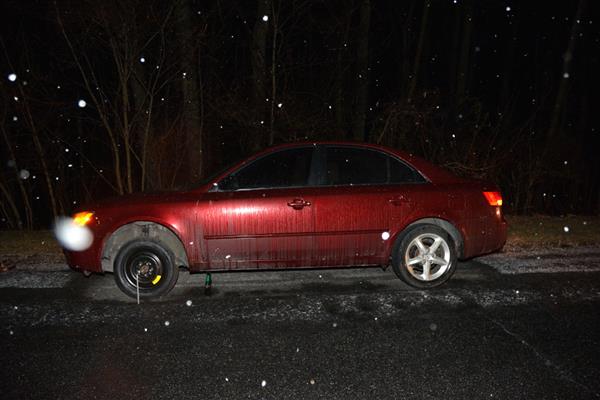 The U.S. Park Police released this photo of a 2007, maroon Hyundai Sonata. The car was parked along the shoulder of northbound Baltimore Washington Parkway while groom-to-be Rick Warrick changed the front left tire. Warrick was struck and killed by a hit-and-run driver. (U.S. Park Police.)