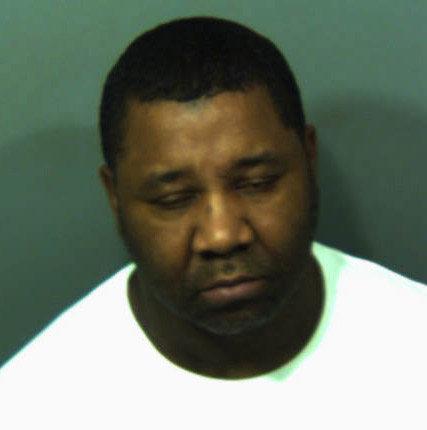 Ronald Anderson (AP/Prince George's County State's Attorney's Office)
DeleteEdit Image
A man charged in a crime spree that left a Census Bureau guard dead and a police officer wounded was previously convicted of manslaughter and recently was charged in an assault case involving his ``visibly afraid'' girlfriend, according to court documents obtained Friday by WTOP and The Associated Press.
Ronald Anderson, 48, was charged with assaulting his girlfriend in Prince George's County on Feb. 17, according to court records.The officer responding to a domestic dispute call said that the man's girlfriend was clearly afraid.``The victim was shaking, crying and was whispering while speaking because she was afraid of the suspect hearing her,'' the officer wrote, according to the documents.The woman, whose 10-month-old son was home, told police that Anderson had hit her several times, knocking her into walls, because he thought she was looking a another man, the records say.
He was also charged with marijuana possession with intent to distribute. While investigating the assault, police found dozens of baggies of marijuana in the home. The marijuana had a total street value of more than $7,700.
Anderson is charged with kidnapping a woman Thursday in what police described as a domestic abduction. It is not clear if the kidnapping victim is the same woman assaulted in February. Another court record filed in D.C. Superior Court shows that Anderson pleaded guilty to manslaughter while armed in 1991 in Washington, D.C. No other details were immediately available about that case.
- The Associated Press and WTOP contributed to this report.