Heat Advisory issued
WASHINGTON – The National Weather Service has issued a Heat Advisory for most of the listening area beginning at 1 p.m. and lasting through 7 p.m. Tuesday because the heat index will make it feel like it’s 105 degrees outside.

Anyone who works or spends time outside should take precautions including rescheduling strenuous activities until early morning and late evening. Know the signs and symptoms of heat exhaustion and heat stroke. Wear light weight and loose fitting clothing and drink plenty of water.

Those who work outside should take frequent breaks in the shade or air conditioned buildings, according to the weather service.

Areas included under the advisory are: 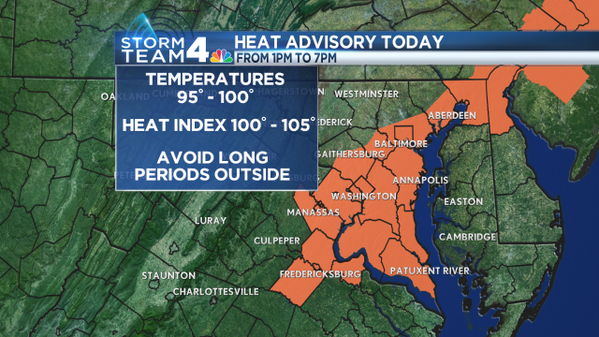