Get ready for some savings. Black Friday has arrived, and we have the ultimate guide to the best sales and shopping strategies. 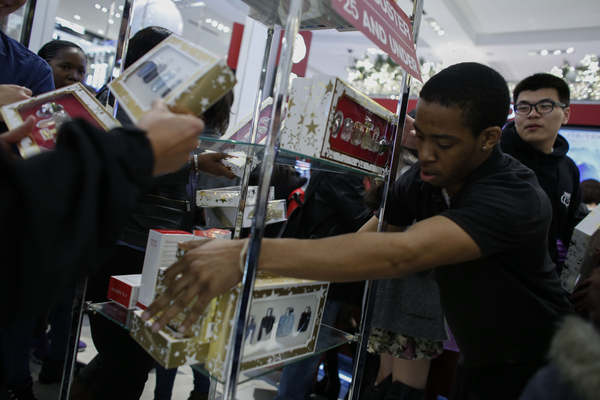 An employee restocks a shelf in Macy's flagship store in Herald Square on Thanksgiving evening for early Black Friday sales on November 26, 2015 in New York City. Security has been heightened in Herald Square and around the city as thousands of shoppers flock to stores for sales on the kickoff to the Christmas shopping season. (Photo by Kena Betancur/Getty Images)
More Black Friday headlines:
3rd & 7 37yd
3rd & 7 37yd
B
S
O
close
close